Disney's enchanting modern classic presented by the artsIQ youth ages 13 to 18 will melt your heart in September. Frozen JR. is based on the 2018 Broadway musical, and brings Elsa, Anna, and the magical land of Arendelle to life, onstage. The show features all of the memorable songs from the animated film, with music and lyrics by Kristen Anderson-Lopez and Robert Lopez, plus five new songs written for the Broadway production.

A story of true love and acceptance between sisters, Frozen JR. expands upon the emotional relationship and journey between Princesses Anna and Elsa. When faced with danger, the two discover their hidden potential and the powerful bond of sisterhood. With a cast of beloved characters and loaded with magic, adventure, and plenty of humor, Frozen JR. is sure to thaw even the coldest heart!

Tickets may be purchased online or at Park National Bank Mount Vernon Downtown Office at One South Main.

What is the difference between KIDS and Jr?

If you are wanting to come see Frozen but aren't coming to see a specific performer, you may be wondering which show should I see. Both Kids and Jr are shortened from the Broadway version, but KIDS is much more so with a runtime of only 30-45 minutes. Jr is a longer show that will run a little over an hour.
The cast for KIDS is comprised of children ages 8-12 years old while the JR cast is 13-18 years old. 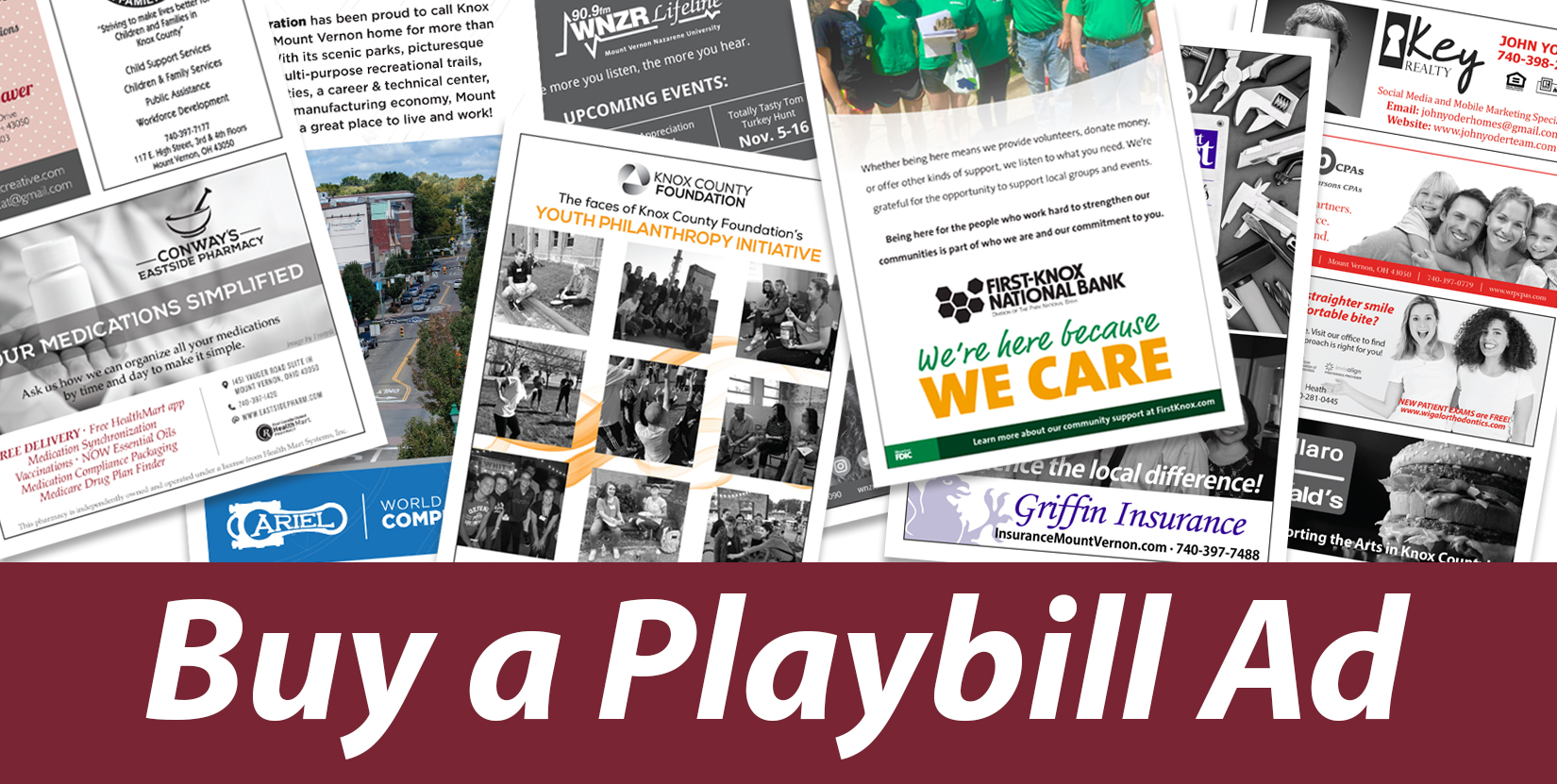